No matter where you travel, it is important to go at the right time. If you are not familiar with Tibet, our experienced travel advisors will give you suggestions, information and help design a tour and provide a free quotation according to your specific requests, and giving advice based on their professional travel experience and knowledge.

This article is designed to help travelers choose the best time to travel to Tibet.

Tibet’s weather is variable and changes from place to place, due to different landforms. Broadly speaking, the climate in Tibet is divided into 2 kinds— the climate in highlands and the climate in Southern and Western Tibet.

Climate in the Tibetan Highlands

The climate in Tibet highlands is diverse depending on the geographical location and may vary greatly from hour to hour on any day. It is not strange to see that local people wear thin long-sleeved in the daytime and thick overcoat at night.

Climate in Southeastern and Western Tibet

The climate in Lhasa and the central part of Tibet is mild. However, though the temperature is not high the sun is strong due to the high altitude. Summer is the best time to travel there in terms of the temperature.

The rainy season is from May to September. Ninety percents of rainfall focus in this period. In Chamdo, Shigatse and Lhasa areas, it usually rains at night. The precipitations decrease from 5,000 millimeters in the lower parts of southeastern Tibet to just 50 in the northwestern Tibet.

The Best Time to Visit Tibet

Most people prefer the period from April to October and it is probably the best time. However for those in good health, winter is not so bad and they will have the chance to see the other side of Tibet. 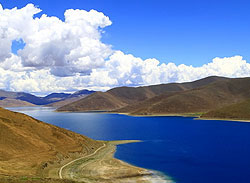 Tourists going hiking or traveling by car should try to avoid the rainy season, particularly when entering Tibet from Sichuan-Tibet Highway and sections between Lhasa and Nyingchi, Lhasa and Ngari. Mudslides, cave-ins and extremely muddy areas on certain sections often block the passage of vehicles.

Visitors traveling by train or plane and traveling in and around Lhasa should have no problem in traveling at any time from April to October. 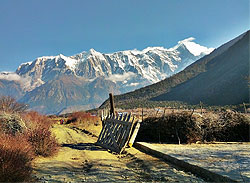 For tourists in good condition desiring adventure and seeing the different side of Tibet, winter time there should be no problem to visit Lhasa, Shigatse city and Nyingchi area. The other areas are not recommended in winter. People with heart diseases, chronic respiratory diseases, severe colds, and high-risk pregnant women should avoid this period.

The Best Time to Visit the Different Regions of Tibet

It is time to move! Pick a suitable tour from the list: